The ballots have been sent and are open online. Emmy consideration time is here. We at SouthLAnd First would like to share our reasons why all eligible voters should consider TNT’s SouthLAnd, first and foremost, before casting their votes for outstanding drama series.

1)      Best in genre – It’s virtually a unanimous opinion amongst the critics - SouthLAnd is the best “cop” show out there. It’s considered one of the best in the history of episodic television and that puts it in very prestigious company (The Wire, Hill Street Blues, etc.)

2)      It’s the “Little Show That Could” – Like Friday Night Lights, let’s give these shows their due. NBC cancels SouthLAnd because it’s too “dark”? Then let’s move on to TNT. Budget restrictions at TNT? Let’s pare down the cast, focus on the story and just make the show grittier. It’s a survivor. And each season reveals SouthLAnd’s survivor instinct is thriving because it just keeps improving. 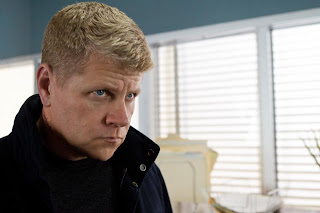 3)      Character driven – SouthLAnd is not a crime procedural; it’s a character driven show. They’re flawed and broken and brilliant, but you feel so much for them, watching their stories. Regina King had perhaps the strongest storyline this season and she nailed every angst driven moment of Lydia's unexpected pregnancy and the decisions and situations associated with it. Michael Cudlitz had an interesting story arc as well: ranging from Cooper's return from rehab to gay bullying to his partner’s shooting gone sideways.  Cudlitz, as always, was superb. Shawn Hatosy as Sammy dealt with his new partner, being a single dad and being injured on duty. Ben McKenzie's Sherman had a weighty storyline involving adjusting to life on the force as a P2 and trying to get a young prostitute off the street. This led to Ben’s character going to his absolute darkest side. Both Hatosy and McKenzie are remarkable actors; neither disappointed this season.  We haven’t even mentioned the always grand C. Thomas Howell or guest star Lucy Liu.  See? It’s character driven. And all of them are exceptionally amazing and make SouthLAnd a true drama. It’s intelligent and doesn’t hand-hold its viewers. The show doesn’t build up drama for the sake of drama. If you are suddenly shocked or surprised, it’s part of the unique SouthLAnd experience.

4)      Cable shows are better - Look at the dramas with Emmy “buzz.” With a couple of exceptions, all are on cable. SouthLAnd’s writing handles unflinchingly the absolute darkest, saddest aspects of life for many, both rich, poor and in the middle, in Los Angeles. It never waivers from the harsh reality of whatever the subject is. The directing, editing, photography, stunts and overall feel of the show screams realism. It’s tough to watch at times, evoking the strongest of emotions in its viewers. Isn’t that what dramas are supposed to accomplish?

5)      Its time – Four seasons of “pitch perfect” television. This is a show that has never had a bad episode. Recognize this Academy of Television Arts and Sciences members. 2012 is the year. 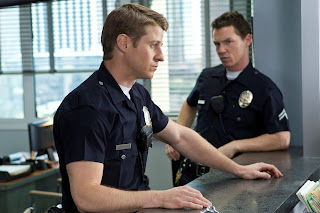 Posted by SouthLAndFirstTeam at 9:08 AM