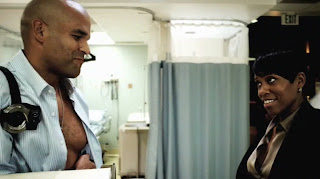 Chickie and “The Slug” Ferguson face a riot in a neighborhood called “The Jungle”.

Cooper hooks up with his drug dealer.

Ben is on his own in a U-Boat for the first time.

Chickie rides with Cooper.  He tells her she was once a good cop, but she no longer is.  As the shift goes on, he finds more and more problems with her.

Chickie asks a man to get out of the car repeatedly. When he refuses to comply, Cooper steps up and gets the guy out.  Then he tells Chickie, “Ask ‘em.  Tell ‘em.  Make ‘em.”

Cooper calls in a favor from the fire department to get a pair of sneakers off an overhead line.  As he and Ben sit on the curb watching, Cooper tells Ben a story from his past that applies to the current situation; “You can’t save everyone.” 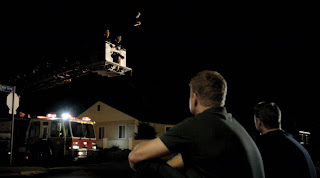 Cooper and Ben visit Dewey in rehab, where Dewey has a new addiction - coffee.

Sammy befriends and mentors Casper - a kid who has yet to join a gang.

Cooper and Ben observe a man on an escalator taking video up a woman’s skirt.  Cooper grabs the IPOD and while cheerfully discussing what was wrong with what the suspect was doing, tears the IPOD apart with his bare hands. 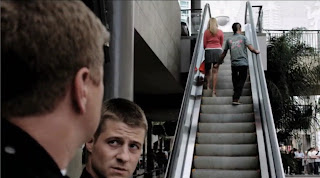 Casper shoots someone and Sammy is sad, heartbroken, and angry with what Casper did.

Ben and Cooper discover guns and millions of dollars in cash when they search the house of a domestic violence call.

Cooper in boxers.  That is all.

Posted by SouthLAndFirstTeam at 11:31 AM