Before I even begin this review, I am going to assume you have seen the episode. If you have not, please do so immediately. In my opinion, it is one of the top 10 episodes of the 38 that have been shown. That being stated, this reviewer is only going to offer my observations on each character, some of the actors plus some random musings. This episode is so brilliant, my mere words cannot do it justice. Plus, I want you to interpret the episode in your own way; mull it over, watch it repeatedly.

Lydia is trying to convince herself she's still seeking evidence from a serial killer she helped convict when in reality it is easier for her to connect with him personally and more intimately than with the people in her own life. 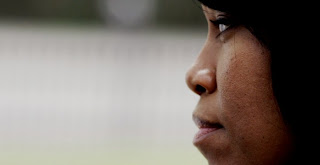 Ben Sherman. Two seasons now of indiscriminate sex and good, supportive Ben versus bad, whatever is to my advantage Ben. Grow up, Ben. Decide if you are going to be the fully realized competent cop that we all know you are capable of being or if you are going to continue to connive, be green with envy and just do the job well when it suits you. The detective position might work. And get a stable person in your life. 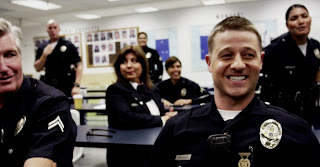 John Cooper is a lion in winter. Middle age brings reflection on all aspects of any person's life. He is there. Michael Cudlitz as John Cooper is a superstar. He truly is the most underrated actor on television. Nuances, pathos, words not said. Mute the sound and just WATCH him. Feel that emotion? Enough said. Kudos. Always. 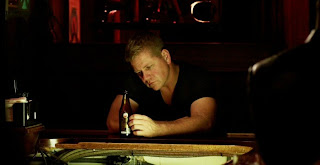 Sammy's life is so complicated. We can clearly see all he wants is to do his job and be a good dad. Often the two collide. Shawn Hatosy gave his best performance of the season in the rooftop scene. He always deserves a second look in any scene to see what you might have missed from him. 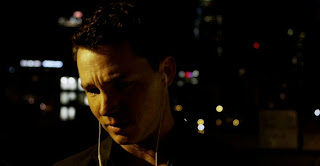 Dewey. From kale cleanse to heart attack. Coop saves him yet again. Notice the reference to how Coop originally hurt his back. And Dewey knows Coop is gay but, as with all good friends, it really doesn't matter. 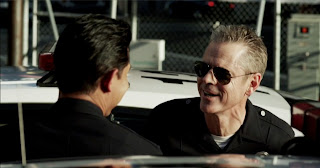 2) The Cooper/Sherman "reunion" seemed to disappoint many fans. I don't see how it could have played out any other way.

3) The gorgeous Mrs. Peewee Piemonte (Julie Michaels) was the stunt woman who the shooter pulled out of the car in the opening scene. The stunt work is truly amazing in every episode.

5) Regina King's SouthLAnd directorial debut. She knocked it out of the park. Every scene from the shootout in the beginning of the episode, to the car chase, to Coop running in the alley, to the extended close-up of her speaking with the serial killer about to meet his death was nothing less than visually and emotionally stunning with razor sharp editing. Five plus stars to Ms. King. Posted by SouthLAndFirstTeam at 5:35 PM